I watched this video originally when it first came out in 2012. At that time, I hadn’t seen any Fraggle Rock, except for that one episode that I happened to catch at a friend’s house approximately 25 years prior, and I wasn’t a particular fan of Ben Folds Five either. So when I read on the Muppet fan sites that the Fraggles and Ben Folds Five had made a music video, I was initially underwhelmed: “Oh, two entities with which I am vaguely familiar sang a song together. Neat.”

Then I watched the video and it completely blew me away. I wasn’t expecting to be so affected by it. Whether it was the music or the Fraggles or the combination of the two that touched my heart, I still don’t know.

Because I wasn’t really familiar with Fraggle Rock at the time, I didn’t exactly know what to expect. People said of the song, “Oh, it sounds as though it was actually written for Fraggle Rock,” and I took them at their word because I had no frame of reference. Now, of course, I am in a position to make an informed opinion of Fraggle music, and I agree that this song sounds like it could have been written for the show (especially that bass line!). So much so, in fact, that I would like to hear the Fraggles themselves actually sing it.

That would be difficult, though, because according to the nearly infallible Muppet Wiki, only two of the original Fraggle Rock cast members were involved in making this video: Karen Prell performed voice and puppetry for Red, and Dave Goelz definitely provided voices for Traveling Matt and Boober, although the Wiki confirms that someone else was puppeteering Boober and is ambiguous as to who was puppeteering Traveling Matt. Apparently, Wembley was puppeteered by somebody named Patrick Johnson, about whom I know absolutely nothing, but from his picture on the Wiki he has very pleasant features, and I have no reason to think that he is anything other than a very nice person.

The Muppet Wiki is silent as to who was performing Mokey in this video, but whoever it was either never thought to have her open her eyes wide or the workshop people didn’t include an eye mechanism when they rebuilt her. As a result, this is how she reacts when she thinks that Wembley has been crushed by a falling stalactite: 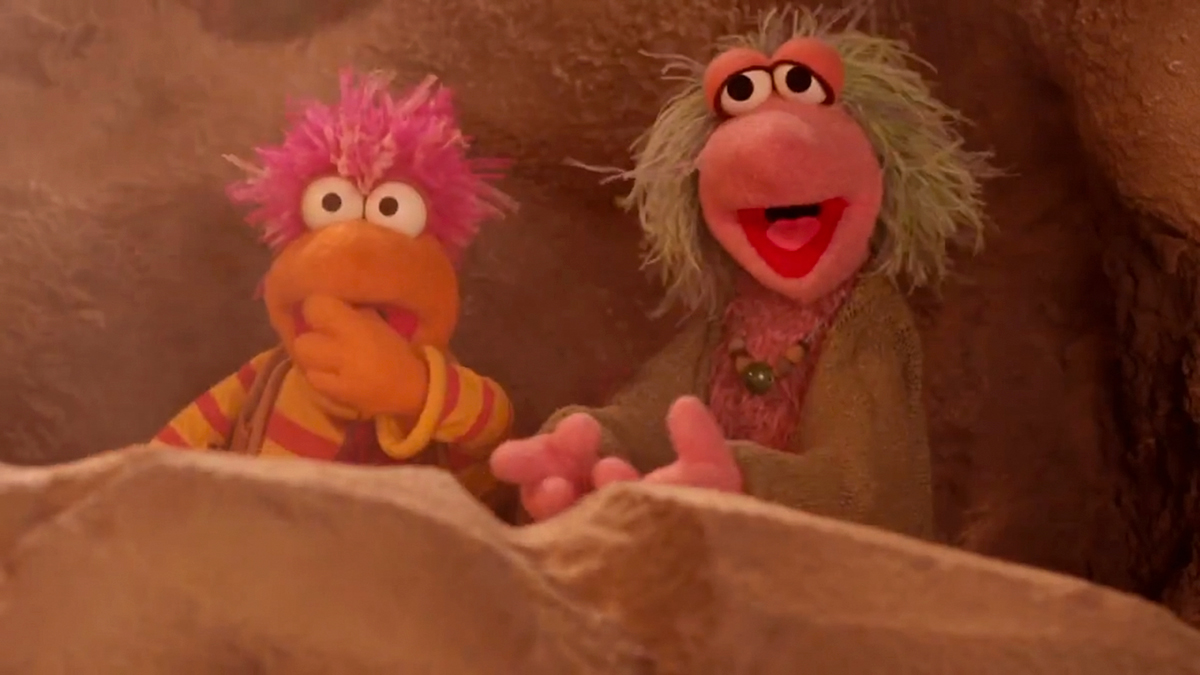 If you didn’t know better, you could be forgiven for thinking that this was a happy reaction when looking at it out of context.

As for Patrick Johnson playing Wembley…well, I don’t want to say anything bad about him. If he’s good enough to be employed by the Henson Company, he must be a very good puppeteer, and I’m sure he’s doing his best. His Wembley is very cute but oddly static. The facial expressions that he actually does for Wembley are done well, but he doesn’t change facial expressions with anywhere near the frequency that Steve does. When Steve plays Wembley, he never seems to go more than a few seconds before changing his expression. Patrick Johnson is competent at playing Wembley, but now that I know what Wembley is supposed to look like and how he is supposed to behave, this iteration seems a bit more like a doll in Wembley’s likeness come to life than the walking, talking, living, breathing, manic-fragile Fraggle that I’ve come to know and love.

Here are some samples of what Wembley looks like when Steve’s not performing him, although static images don’t really have the impact of video. 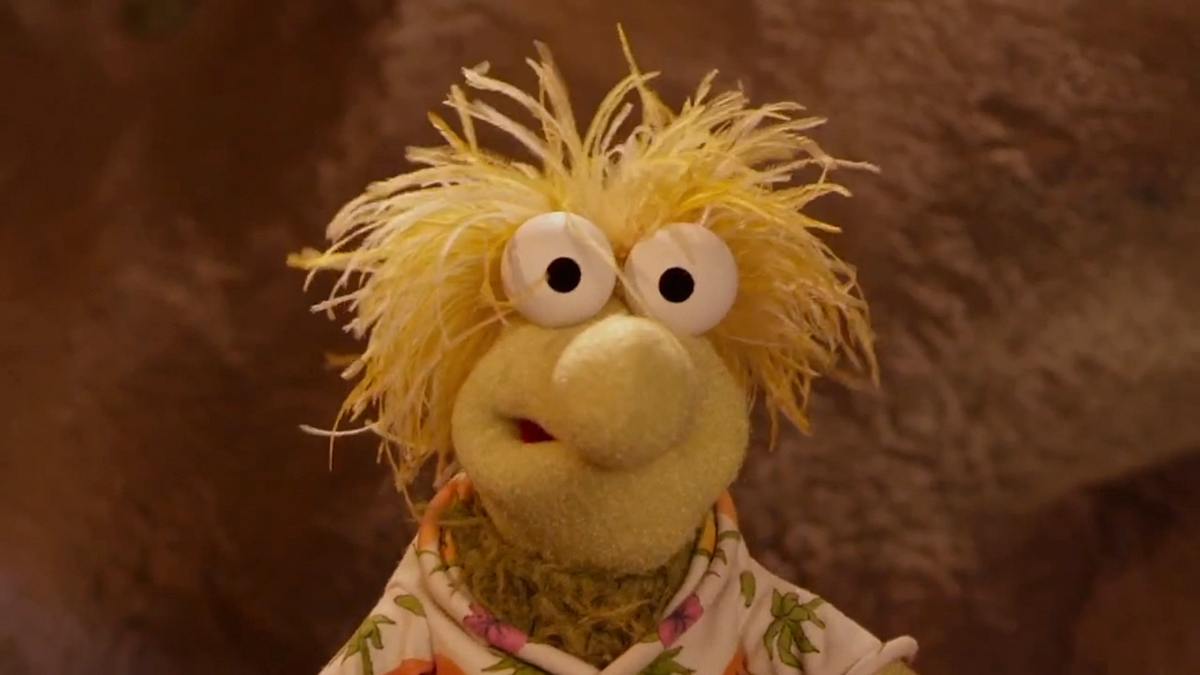 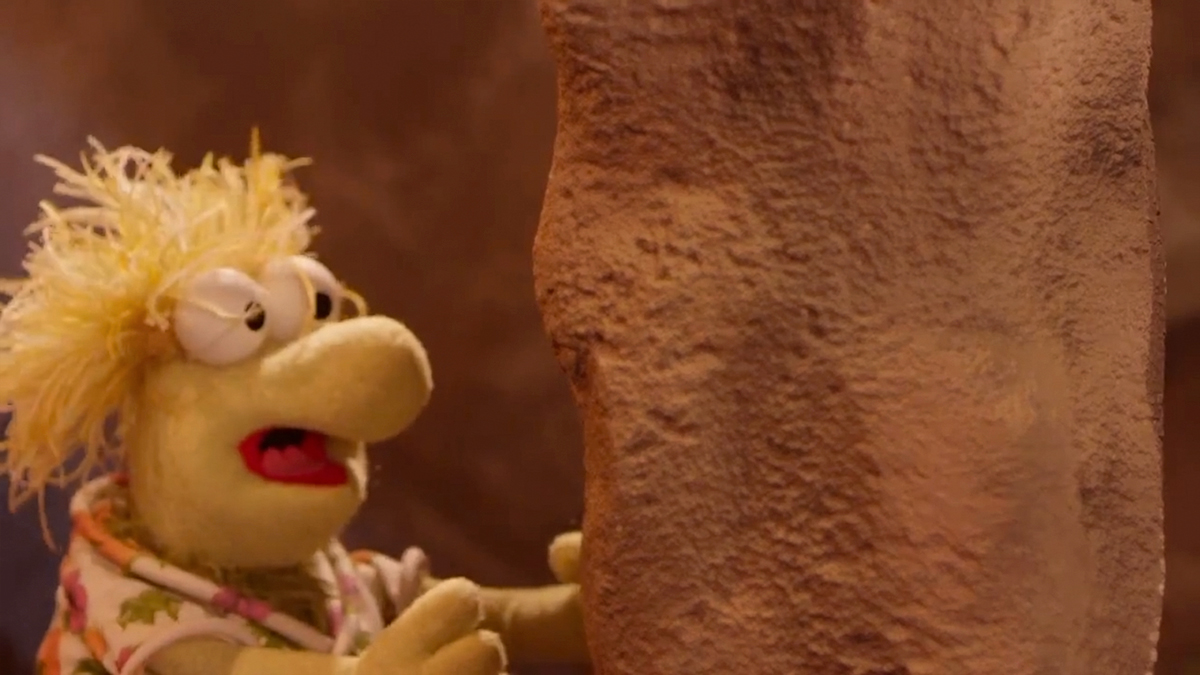 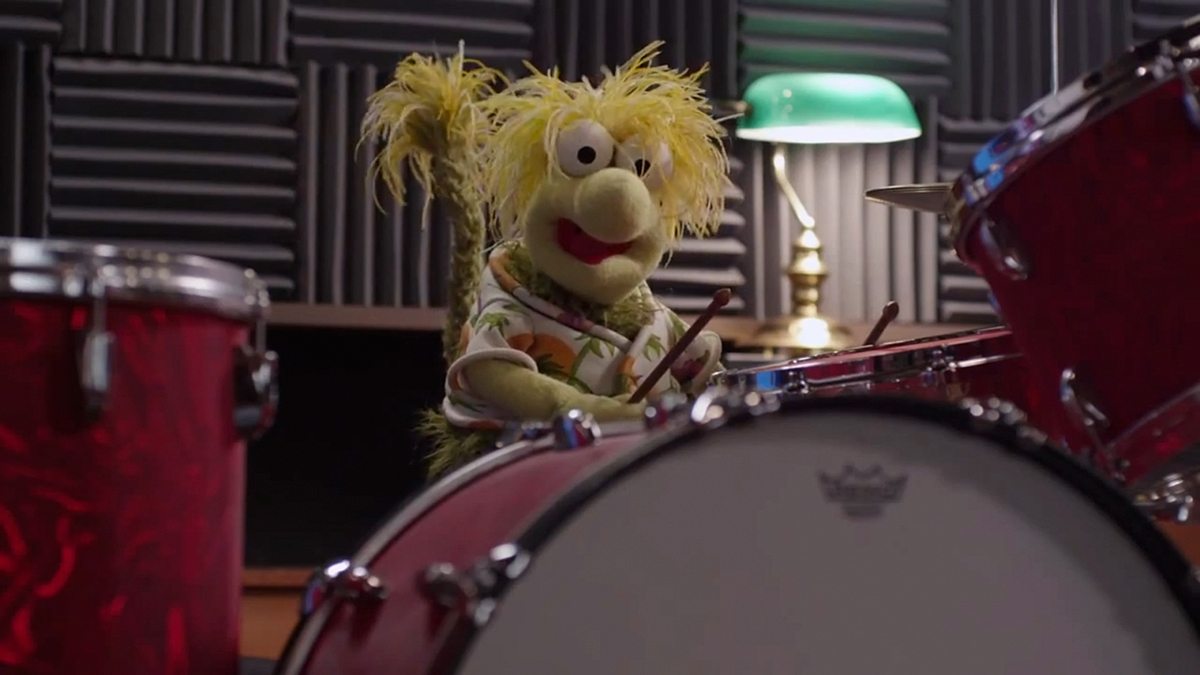 As for Traveling Matt, to my eyes his puppet build is off. That and his limited screen time make it difficult for me to assess mannerisms to try to make a determination as to who is playing him. But since Boober and Traveling Matt never appear on screen together at the same time, it seems to me that if Dave was available to puppeteer, they wouldn’t have had to hire someone else to perform Boober.

Sometimes recasting is necessary, of course. According to the Wiki, this video was shot mere days prior to Jerry Nelson’s death, so obviously he wasn’t available. The Fraggle characters are certainly recognizable here, and to one who wasn’t familiar with them, the performance was adequate. But there is a richness to the characterization that is lacking when the original performers are not there, and after five years of watching Fraggle Rock, I’m in a position now to appreciate that richness and mourn its loss when it’s missing.

2 thoughts on “Fraggle Friday: “Do It Anyway””