In June 2017, The Muppet Mindset published questions for the “ALL NEW Great Muppet Survey,” an updated version of their previous “Great Muppet Survey,” which I had filled out in 2013 and revisited in 2018. They published two sets of responses to the “ALL NEW Great Muppet Survey” but have never mentioned it since, as far as I can tell. This was approximately a month before they, along with ToughPigs, broke the news of the Schism, but whether they abandoned the project as a direct result of the world turning upside down and sideways, I do not know.

I recently discovered the “ALL NEW” survey questions and thought, “I have access to these questions and I have a blog; why don’t I just answer the questions on my blog instead of submitting them and waiting to see when and if somebody else decides to publish them?” So that’s what I’m doing. Thanks to Jarrod Fairclough for the questions, and I hope you don’t mind me taking matters into my own hands.

END_OF_DOCUMENT_TOKEN_TO_BE_REPLACED 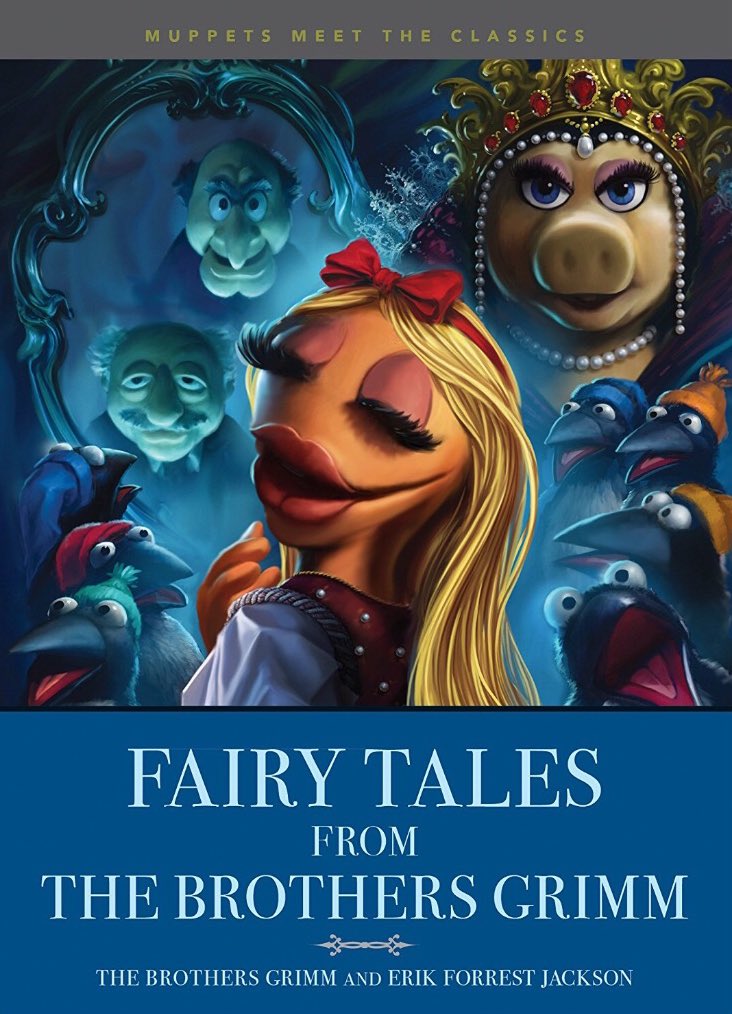 Remember my review of Phantom of the Opera, the first book in the Muppets Meet the Classics series? Two weeks ago, I received a comment on the review from Erik Forrest Jackson, the author of the book. This was both very flattering and very nerve-wracking: I never expected the author of the book to actually read my review; if I had, I would have tried to be a bit more diplomatic about what I didn’t like about it. But his comment was very kind, and he thanked me for the thoughtful review.

Then again, probably the reason why the Muppets so often adapt fairy tales is that the content works so well for them. Also, based on the sample chapter that has been released–“The Frog Prince,” one of the most well-known and successful of the Muppet fairy tale adaptations–it looks as though Jackson is able to put a new spin on even the stories that the Muppets have adapted before.

END_OF_DOCUMENT_TOKEN_TO_BE_REPLACED

“Faust, a five-act grand opera, is by Charles Gounod with a French libretto by Jules Barbier and Michel Carré.  It is loosely based on Faust, Part I, by Johann Wolfgang von Goethe.  Goethe’s lesser-known follow-up, 2 Faust 2 Furious, focused on a man who made a deal with the diesel.”

–Erik Forrest Jackson, pushing all my geeky English-major buttons in an explanatory footnote of Muppets Meet the Classics: The Phantom of the Opera

When I opened the book and saw that the epigraph was a quote from a renowned French philosopher and a line from an old infomercial, I knew I was going to like this book.

When I started laughing hysterically at the table of contents, I knew I was going to love this book.

When I finished reading it, I wanted to go back and read the original novel again to compare the two; the mark of a good book is that it makes you want to read more.

END_OF_DOCUMENT_TOKEN_TO_BE_REPLACED

Remember when I entered a contest by The Muppet Mindset in which I drew a picture of Walter as Harry Potter and somehow won a copy of a free Muppet book, even though Walter looks like he only has one arm and the rampant Gryffindor lion on his Hogwarts insignia looks more like E.T.?*

Well, my 15 minutes of sketching and two months of patience have finally paid off, because today went to the mailbox (for the first time in the better part of a week) and received my Muppetized version of Phantom of the Opera!

Before I forget, a big thank you to Jarrod Fairclough and Mitchell Stein at The Muppet Mindset for hosting fun contests and giving out free stuff, and specifically for their very generous assessment of my drawing.

Even more fortuitously, I have today, tomorrow, and most of next week off from my part-time job, so I really have nothing to do in those evenings except read.  So I’ll go start it now, and when I finish, I’ll come back and tell you what I thought about it.

In the meantime, give yourselves in to the “Music of the Night”:

______________________
*Although I am proud of one subtle Muppet reference that I put in there: the Ravenclaw crest is supposed to be a bronze eagle on a blue background, but I made the background bronze and the eagle blue as an homage to Sam the Eagle.  “Is nothing sacred?”

The one thing I love more than anything else in this entire world is Muppet parodies/interpretations of literature.

(With the possible exception of Muppet Christmas Carol, but that’s because of all the baggage that came with it, which is a topic for another day.)

I really think that that’s part of the reason why I decided to major in English, because I realized at an early age, sitting on the floor watching “Monsterpiece Theater” on Sesame Street, that the more familiar you are with the source material, the funnier the jokes are.

So when I heard that there was going to be a Muppetized version of the novel “The Phantom of the Opera,” (one of my favorite novels/stories of all time) starring a perfectly-cast Uncle Deadly as the Phanton himself, my kneejerk reaction was: “YES!”

(At least somebody at Disney has good ideas about the Muppets.)

And then I remembered…I can’t buy the book because (a) I have no money, and (b) I have principles.

Which is merely to say that I’m being judicious in how I spend my money on Disney-related stuff unless/until they bring Steve back to the Muppets.  It’s not to say that I wouldn’t spend money on a Muppetized version of a classic novel, but I would have to do a lot of soul-searching before I could commit to such a thing, and I first would look for (legal) alternative ways to acquire it without exchanging money with Disney itself.

Fortunately, one such opportunity presented itself.  When I saw that The Muppet Mindset was having a contest to give away free copies of the book, I leapt at the opportunity, without putting a lot of thought or preparation or effort into it.