END_OF_DOCUMENT_TOKEN_TO_BE_REPLACED

Today would have been Caroll Spinney’s 86th birthday. I knew that I didn’t want to let the occasion pass without comment, but at the same time, I didn’t know what I could say that hadn’t already been said. Then I ran across a tribute that I hadn’t seen yet from Good Morning America:

Here’s what makes it most noteworthy for me: On the occasion of Mr. Spinney’s retirement, I wrote about how when I was little, I couldn’t figure out Oscar’s raison d’etre. In this video, there is footage of Mr. Spinney himself expressing similar confusion, and it’s nice to know that I wasn’t the only one.

I know that I need hardly ask, but I hope you will all join me in holding the Spinney family in your hearts during this time that should have been joyous but is instead steeped in tragedy.

Boy, did I discover an unexpected Christmas gift today! I was on YouTube, and one of the videos recommended to me was a Q&A from GalaxyCon Louisville back in November featuring Steve Whitmire and Kirk Thatcher:

It’s so great and entertaining and informative just in general, but here is what I particularly like about it:

END_OF_DOCUMENT_TOKEN_TO_BE_REPLACED

Merry Christmas, all! By the time I post this, it will technically be Christmas Day, but in my mind, at least, it is still Christmas Eve. This evening I watched Christmas Eve on Sesame Street and “The Bells of Fraggle Rock” back to back. I decided to do that merely because I hadn’t watched either of them yet this season, but in the process I found that they are more closely related thematically than I ever realized, and probably more so than anyone involved intended.

I have some deep thoughts about that, and I’d like to share them, but it’s really late right now (or early, depending on your point of view), and I am tired. So I’d just like to observe that if Cantus had been on Sesame Street while Big Bird was having his crisis of faith, he probably could have explained to Big Bird how Santa gets down the chimneys.

Nevertheless, that’s a scene that I wish existed, because I would love to see it.

Okay, so you want to know how much of a nerd I am? I was so fixated on the fact that the Mountain Time Zone shading in South Dakota doesn’t extend far enough east that at first I didn’t even notice that some of the states are labeled with the entirely wrong name, including some that don’t actually exist.

There hasn’t been an announcement on Instagram regarding the next Cave-In, but Weldon did leave a message on Discord saying that it would be on 12/27 at 12:27 A.M. “Do the math,” he added, which makes me wonder if he knows that math is my personal kryptonite.

I think what that means, if I understand correctly, is if you live in the Central time zone like I do, it’s going to be at 11:27 P.M. on 12/26. But I make no guarantees that that is correct.

(Although I’m only finishing and publishing this now, I started drafting it well before the sad tidings of Caroll Spinney’s death. So if it seems inappropriately light-hearted in tone, that’s why.)

George Takei’s Q&A finished at about 1:00, and my brother Michael suggested that we find something to eat (“forage for food” were his exact words). I had been just about to make the same suggestion.

Like the Mid-America Center where OCon had been held, the Minneapolis Convention Center doesn’t allow outside food. Since it was cold and snowy, and since we had parked several blocks away, and since I didn’t have an extra $5 to check my coat again, there was nothing for it but to purchase overpriced lunch items from one of the several concession stands spread throughout the center. In addition to his wrap, Michael purchased a cookie and offered me half, and it reminded me of my favorite Cookie Monster sketch on Sesame Street:

After we finished eating lunch, Michael wanted to look around the vendors’ area, so we did, and I found that the vendors, though equally polite, weren’t as aggressive as they had been at OCon, meaning that we could pause by their tables without having to listen to pitches, which was a relief.

As we were walking around, we ran into three people that Michael knows in short succession. The first was a guy named Bruce (I think) who made a joke about Michael “dragging” me along to GalaxyCon, or words to that effect. I suppose I should have been annoyed by the implication that “gurls” don’t like nerdy stuff, but I just laughed and informed him, truthfully, that coming to GalaxyCon had been my idea in the first place. Michael tried to say that I was in a fandom, but at first he said that I had a fandom, and I wondered if that might actually be true from a certain point of view. I ultimately decided that it would be most accurate to say that I am in a fandom and within that fandom, I have a following. (And thanks for that, by the way!)

END_OF_DOCUMENT_TOKEN_TO_BE_REPLACED

It’s a curious thing about this human life we live. We know that it’s temporary, we know from a young age that eventually each of us is going to die, and yet when it happens to someone we care about, we are never quite prepared. 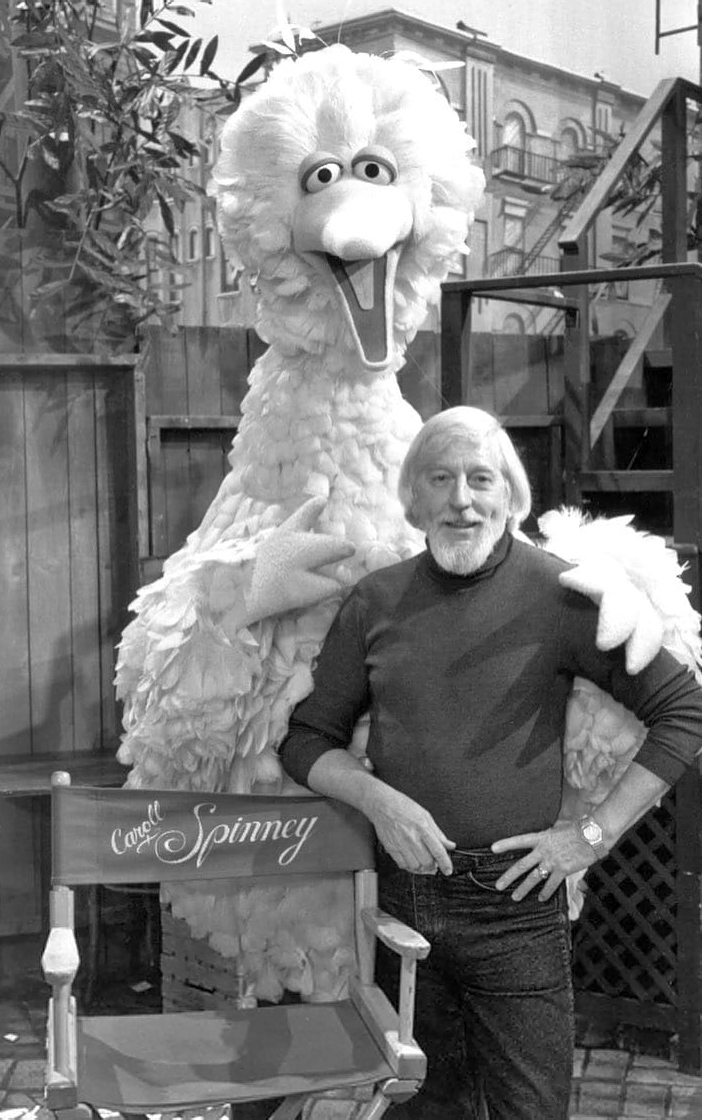 I’m sure you’re all already aware by now that Caroll Spinney passed away today. It is not such a strange thing that an 85-year-old man should die, especially when he was in ill health and had been for some time. But grief is not beholden to logic; it operates entirely separately from it.

END_OF_DOCUMENT_TOKEN_TO_BE_REPLACED

I’m sorry that I haven’t finished my account of GalaxyCon Minneapolis. Things are crazy, particularly with the Thanksgiving holiday. But to tide you over, I found this brief interview that happened there. I think this occurred on Saturday, the day before I attended.

I didn’t notice the photo puppet’s arms shaking so much while I was there, but boy, they sure do shake a lot on this video. By the way, the display rack (or whatever you would call it) holds the puppet up but doesn’t secure it in place, so it tended to fall over whenever anybody tried to move it.

It’s always fun to look at something like this and say, “Hey, I was there!” even though in this case I wasn’t there on the actual day.