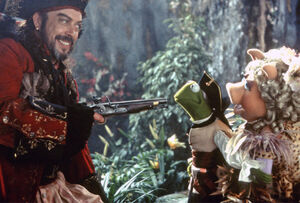 Recently someone on Twitter, and I’m not naming names, referred to Muppet Treasure Island as “garbage.”

Now, if I insist on calling myself a Muppet heretic (and I do), I probably don’t have the right to complain when other people insult Muppet things that I love. But then again, when has not having the right ever stopped anyone from complaining?

Muppet Treasure Island is on an equal footing with The Muppet Movie as my absolute favorite. It’s a return to form after the exercise in healing and experiment in straight storytelling that was The Muppet Christmas Carol. It restored my faith that the Muppets could survive and still be funny even without Jim Henson, and as such, it has always had a special place in my heart.

Now, I don’t necessarily believe that Muppet Treasure Island is objectively the best, or one of the two best, Muppet movies. However, I think there’s a valid case to be made, and because I’m feeling cranky, I’m going to argue that Muppet Treasure Island is better than every other theatrically released, non-Sesame Muppet movie, except THE Muppet Movie because that is perfection and nothing could possibly ever be better. 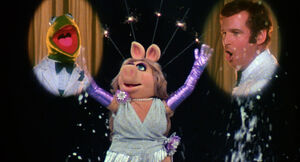 Muppet Treasure Island‘s coherent plot makes it far superior. (Of course, that could also be said of literally any other Muppet movie and most other movies in general.) 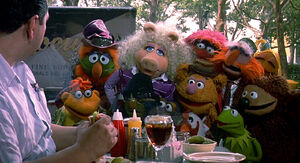 Kermit isn’t bitter, angry, and depressed in Muppet Treasure Island the way he is throughout most of The Muppets Take Manhattan. 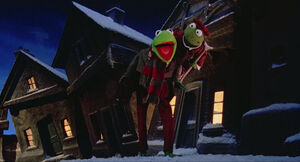 Muppet Treasure Island puts a unique Muppet-y spin on an existing story that The Muppet Christmas Carol is sadly lacking. 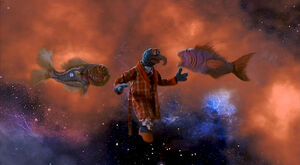 Muppet Treasure Island has original songs; Muppets From Space does not. 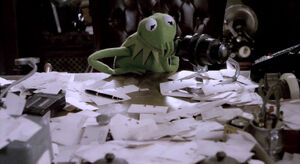 There are 100% fewer fart shoes in Muppet Treasure Island than there are in The Muppets. 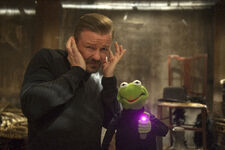 Tim Curry > Ricky Gervais (as a villain and also just as a human being).

So there you have it, folks. Conclusive proof that Muppet Treasure Island is better than almost every other Muppet movie, at least according to internet standards, which are apparently all that count anymore.