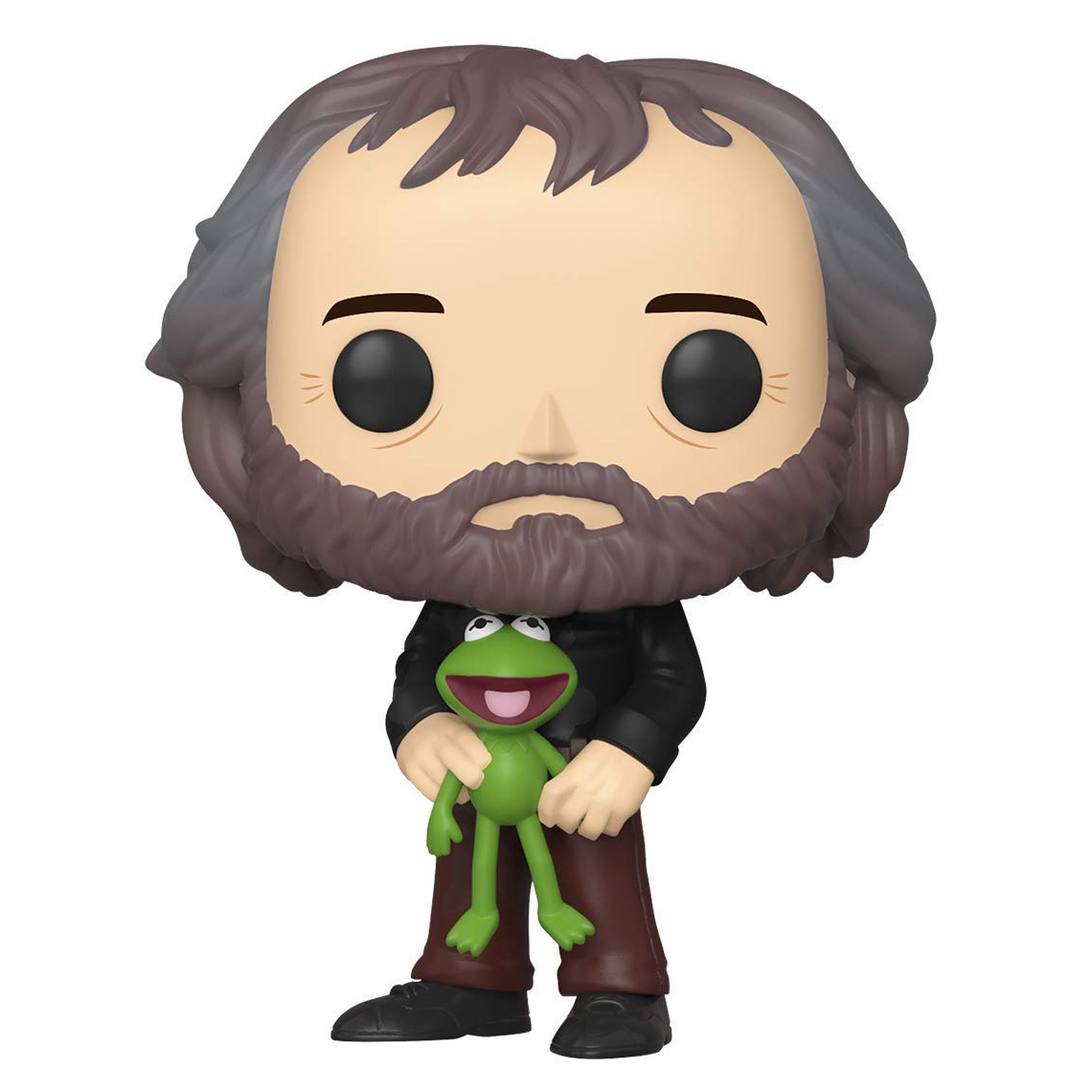 I’m usually not the type of person who leaves toys in the box as collector’s items, but I did debate it with myself this time. Just knowing that there was a chance that it might be worth something someday if I did, and that once I took it out of the box there was no going back, did give me pause. Ultimately, I decided that I would take it out of the box because otherwise I’d be tempted to treat it like a holy relic. It’s not my place to judge how other people feel about their Funko Pops, but I refuse to make an idol of mine.

However, when I took it out of the box, I regretted it almost immediately, not because it hurt the value but because I tried to stand it up on the table and it instantly fell over. Unlike my Wembley, whose wide feet and tail make him very stable, my Jim Henson Funko Pop is too top-heavy to stand up on his own two feet.

Ultimately, however, this did not turn out to be a big problem because I put him on the shelf with my other Muppet toys and propped him up against the back, and that’s sufficient to keep him upright.

However, it’s sort of weird to see him next to my Wembley and have them be the same size when, logically, Wembley should be the same size as the Kermit that Jim is holding. Wembley is actually slightly taller than Jim because of his hair, and that causes me some cognitive dissonance.

Speaking of the mini-Kermit that Jim is holding, it’s a cute idea in theory, but the execution leaves something to be desired. The pupils are too far up on Kermit’s eyes, so that he’s looking up into Jim’s beard. It sort of gives Kermit an expression of rapt adoration, which makes me wonder if it was deliberate, but when you look at Kermit straight on, it makes it hard to tell that he has pupils at all. Proportionately, Kermit looks more like a doll than a puppet that Jim could actually fit his hand inside, which doesn’t bother me that much, but it does bother me a little.

However, there is little to complain about regarding Pop!Jim himself. He’s wearing a simple outfit, so there’s not much in the way of detail, but what detailing is present is very impressive, especially in regard to Jim’s shoes (which I think might be wing-tips, but I don’t know very much about styles of men’s footwear). The crow’s feet around his eyes are present but much more subtle than in the concept art.

But Funko’s attention to detail really shows best in Jim’s hands. They are exquisite. There really seems to be some anatomy to them, with bones and knuckles very much in evidence. I’ve never seen a Funko Pop based on a human being up close and out of the box before, so I don’t know if they all have hands like that. I never thought about the hands before, but now I can’t stop looking at them.

When I opened the present and saw what was inside, it reminded me of something that happened at GalaxyCon. When we came back to Steve’s booth in the afternoon, there was a boxed Jim Henson Funko Pop (with Kermit) sitting on his table. I’d seen him sign Funko Pops for people in the morning, so at first I wondered if it was something that he was signing for someone. But then I thought that if that was the case, he would have signed it already. So I asked him if it was something that somebody gave him, and he said yes.

There’s nothing wrong with seeking autographs at a comic convention, as long as people are polite about it; that is, after all, kind of the point. But at the two conventions that I’ve been privileged to attend, it’s been inspiring and beautiful to see how many people wanted to give presents to Steve, often with no expectation of getting anything in return.

3 thoughts on “I Got a Henson Funko Pop for Christmas”